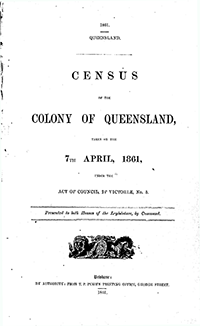 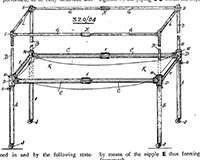 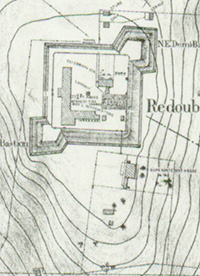 The Parliamentary Library has digitised Queensland Parliamentary Debates from 1860. Hansard may seem dry or not very relevant but it is a surprise what is discussed in Parliament.

Register of members since 1860.

The Queensland Law Collection hosted by the Queensland University of Technology contains historical legislation and other legal materials relating to Queensland. The site includes

The Queensland Statute 1962 reprints are also available online at the Supreme Court Library.

The Queensland government has made available more than 2400 datasets to download.

Not quite the one stop shop for available government data - some is referenced in other links but this is a good place to start. For example a search on 'history' brings up an index of mining accidents in Queensland form 1882-1945, railway employees etc

Cannot find where that unusual named place is? And Google maps is no help. This gazetteer is a very comprehensive list of places in Queensland, not just towns and localities, but topographical features, aerodromes, bores etc.

For a more detailed explanation of how to use these resources, download Understanding Land Ownership in Queensland.

Extensive range of maps which show property boundaries, property descriptions and land tenure, and other related miscellaneous maps - range from 1841-2005.

Topo maps from the 19th century - a great resource that has only recently become available. See for example the series of Gympie in 1910.

QImagery contains historical aerial photographs from 1930 to 2009, although the dates vary for different parts of Queensland - an amazing resource.

An up-to-date topographical map of Queensland. It is much more detailed than Google maps and useful in identifying the location of obscure or little known features such as a creek or even gully.

This site provides access to maps and publications from the Geological Survey of Queensland and to other government publications including departmental annual reports and the Queensland Government Mining Journal. The Queensland Mining journal is an interesting read - not just about the main mining fields and activities but even areas with small mining activities.

Each entry includes a statement of significance, history and description. Initially the entries were rather pithy but have become rather detailed. The history section contains useful information, often nor just about the specific place, but also owners and historical context. For example, a recent entry on pensioners cottages in Cairns includes original research on pensioner cottage in Queensland that were built by local authorities - so you never what you might find.

The whole of the database can be downloaded here in xml format.

This site provides easy access to the Commonwealth of Australia parliamentary debates from 1901 to 1980. Plenty of references to events, places and people in Queensland - for example, Birdsville (131 hits), Gorden Chalk (88) and 1974 floods (171).

It is not immediately obvious what relevance the data from the Bureau what be for historical research. However, it is has a marvellous site on historical climatic data.

This site provides historical data on weather and climate on most locations in Queensland.

The Census data contains a wealth of information not just on a state level but on census districts and localities.

The Year books contain a wealth of information not just about Australia as a whole but also at a state level - population, industry, land tenure, post and telegraph, roads and railways, local government and unions. The Year books are available from 1908 to 2014.

A rich source of historical data - but not just facts and figures. The 1901 edition is superb and has a series of essays providing invaluable insights on Queensland in 1901. The year books range from 1901 and 1937-2001.

The Australian Data Archive holds over 6000 datasets from more than 1500 projects and studies from 1838 through until the present day.

The Historical Census and Colonial Data Archive (HCCDA) is a searchable archive of Australian Colonial census publications and reports. Includes Queensland censuses from 1861 to 1901.

Australian patents back to 1901. Not searchable by regions, but plenty of clever inventions developed by Queenslanders such as a portable cot, improved floor and ceiling clamp, and earth closets.

The National Film and Sound Archive is Australia's 'living' archive as the custodian of over 2.8 million items.

A wide range of moving images about Queensland dating back to the late 1890s including the opening of Parliament in 1899, interviews with Queenslanders such as Neville Bonner and former Police Commissioner Ray Whitrod, and children riding billy goats carts in Rockhampton in 1920.

This site can be accessed from the National Library of Australia - so you will need a library card which is free. This site has an extensive collection of reports etc about Queensland including reports by Governor Bowen and his classic quote that 'distress and pauperism are unknown in Queensland'. Of great value are the annual statistical reports for Queensland - very informative.